Deep Eddy Vodka On The Web:


Deep Eddy Vodka is a 40% ABV vodka from the United States. It is filtered with Charcoal. The quality is considered to be great. The average price is around $15.36 per 750mL. Rated 4 out of 5 based on 29 reviews.

The bottle states the following:

Deep Eddy Vodka is handmade in Austin, Texas in a small distillery by a team serious about creating a great spirit. Using our experience and years of tinkering, we set out to raise the bar. Great vodka is born from attention to the smallest details. Water, filtration, and distillation are where we shine most. Deep Eddy is column-distilled in a temperature-perfect environment, which means state-of-the-art. We use the finest water in Texas, and because we use local, natural ingredients, and charcoal filter our vodka four times, nothing but smooth, clear vodka reaches the bottle. Pluse, we leave no waste behind in the process, which gets a nice tip of the hat from Mother Nature. So raise a glass of Deep Eddy and you’ll see what we’re so excited about.

Deep Eddy Vodka first appeared on our radar in its sweet tea incarnation. As Southerners, we were delighted with the dark and sweet tea flavor, completely unaware that there was a straight vodka version of Deep Eddy. It took way too long, but we finally got our hands on a bottle of the straight vodka.

Deep Eddy Vodka is light in the mouth. So light, in fact, it almost floats over my tongue instead of my tongue floating in the vodka. There’s no overbearing flavor, but there is a mild sweet undertone. There is an ever so slight hint of biterness on the swallow, but the vodka goes down very smooth, making a chaser the last thing on my mind. Rather, I’m left wanting another sip. I couldn’t ask for more from a vodka.

First I mixed Deep Eddy Vodka with Diet V8 Splash “Berry Blend” because that’s what I had in the fridge. I’ve tried a few other vodkas with this, and none of them have been really pleasing. Deep Eddy, though, blends very well. It’s easy to drink and the vodka complements the mixer. It slightly dulls the sweetness but doesn’t introduce any bitter flavors.

Next I mixed up a screwdriver. Deep Eddy didn’t disappoint. The sweet undertones of the vodka bumped up the sweetness of the orange juice, making for a nice cocktail. I wish I had some cranberry juice around because this would make a great madras.

Deep Eddy Vodka is an excellent vodka for mixing.

It’s clear to me now that Austin is the Vodka Capitol of the US. With natives like Deep Eddy and Tito’s Handmade Vodka, it’s really hard to compete with the great vodka coming out of Texas.

I won’t deny that we at VodkaBuzz are ardent Tito’s fans, but I’m completely sold on Deep Eddy. This is tantamount to being torn between Alabama and Auburn football. I won’t pretend that I can sway your heart, but if you haven’t tried Deep Eddy Vodka, you’re doing yourself a disservice. Deep Eddy is a wonderful vodka, and you can have it in sweet tea when you fancy it. My only question: Where can I buy it in Alabama?

Tito had better be watching his back! 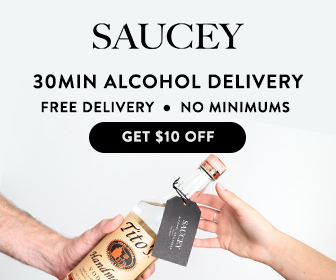